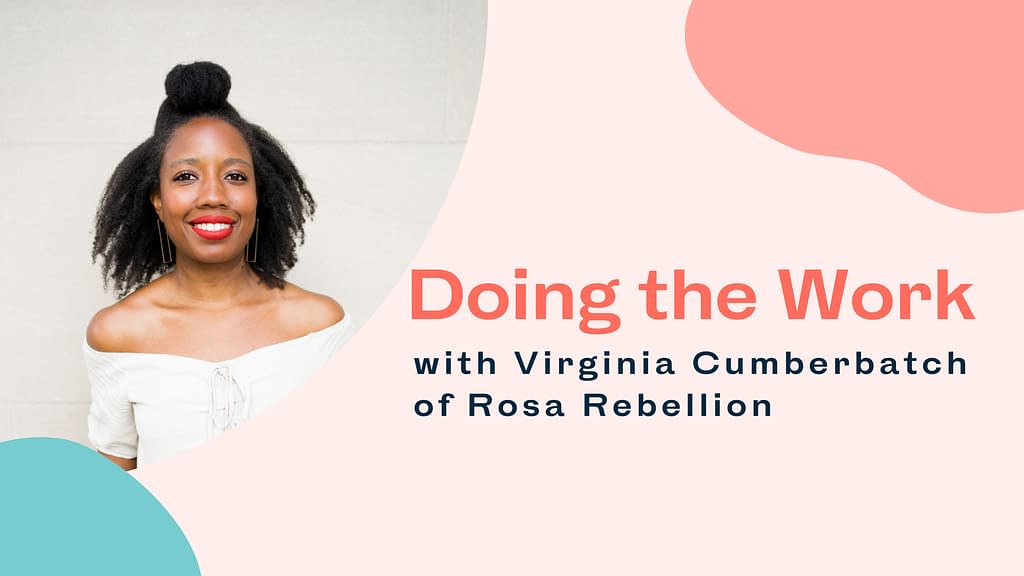 This can be a tough world to get ahead in. If you’re a woman and/or a person of color, it’s even tougher. Much of this is because the very systems that operate the world we live in were created without any consideration of these groups. Virginia Cumberbatch is hard at work to change this.

A racial justice advocate, Cumberbatch is founder of Rosa Rebellion, “a platform for creative activism by and for women of color to disrupt unjust systems and design equitable futures.” She’s turned a form of service to others that she’s passionate about into a career, and it has seen rapid success. Since 2018, the platform has fostered change and provided a voice to women of color in the community, and its growth isn’t slowing. Rosa Rebellion has launched three new programs in the last year alone.

Cumberbatch joined YWA as a speaker for our Speaker Series in March – here’s some of her insight.

However you identify, even though you’re just one person, you can do so much more than you think. Don’t silence your own voice – there are plenty of others who will try to do that for you. If a friend hadn’t been there to encourage Virginia Cumberbatch, Rosa Rebellion might not exist. Many great things have come into being that might not have, if the originators hadn’t had a push from someone who believed in them and helped them overcome their doubts.

Like the friends who hype you up and encourage you to act on your dreams, it’s also up to all of us to share the spotlight – to be the encourager – when we can, especially for those of us who reside within less marginalized spaces. It takes many to create change, and the people with more privilege must do their part to help lift up others in order to succeed. As Cumberbatch asked us to consider, “what does it look like to cede your power and leverage your position to amplify others?” It could be a small step to help one person – or it could make all the difference for a movement.

For those who want to be better allies, to make their own contribution to the creation of positive social change in the anti-racist movement, here are some additional things to consider.

To help give equity, fairness, and a voice to others, a starting step is accepting discomfort. Recognizing where your own privilege lies and acknowledging where you could grow. It starts with a commitment to learning; after all, it’s hard to help end abuse, inequity, or oppression that you don’t recognize.

The work is there for everyone to do. It’s different for all of us, and we can’t expect anyone else to do our part. For those who are lucky enough to exist outside of the inequities we’re fighting, Cumberbatch encourages us to ask: “How do we make the work collective, so we don’t burden – or even so we do unburden – certain communities?”

Unburdening the marginalized, creating an equitable society – each in our own ways – is the work. Virginia Cumberbatch has taken great steps towards this in her creation of Rosa Rebellion; ready to leave a lasting, positive contribution in the world and bringing others together to do the same.

Justine Boss
Previous post How to Hit Your Volunteering Goals in 2021 Next post How to Read More Books (and enjoy doing it!)

How Vulnerability Can Help You Change the World