Inclusion on the Green: Inaugural YWA on the Fairway Golf Event Works to Get More Women Golfing

The Young Women’s Alliance (YWA) hosted its inaugural 9-hole golf clinic, YWA on the Fairway, on Saturday, March 20, 2021. 40 members across 10 teams played 9 holes at the Jimmy Clay Golf Course in southeast Austin, and each team had a golf professional coaching them along the way.

The National Golf Foundation’s research shows that only 24% of golfers who play on a course are women. This event was established to empower our members to join male colleagues on the golf course, where men outnumber women even when business decisions are being made. 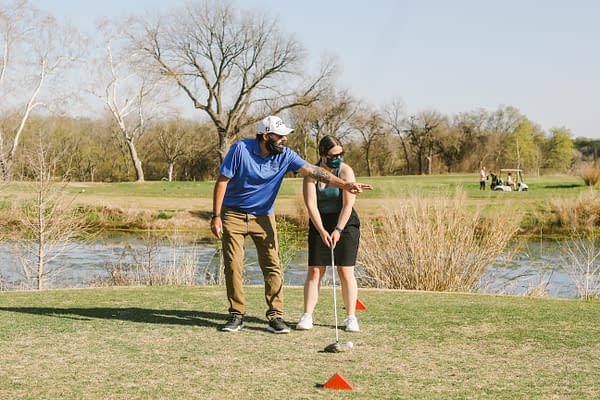 YWA VP of Events Sarah Simmons and fellow Board of Directors members were inspired by Angela Archon, a former IBM executive and YWA guest speaker who shared how learning to play golf had positively impacted her career.

Golf has, for decades, been an informal space where business relationships are built and decisions are made. When Archon realized that she was missing opportunities in her business because she didn’t play golf, she decided to learn.

“I took it as an opportunity to raise my game, literally and figuratively. I wanted to be equipped and participate at the same level as my male peers,” she said. “The next time we had a golfing event planned, I said to them, ‘Okay — I play golf now. Invite me to the event.’”

Simmons and fellow Board members wanted to give YWA members the same opportunity to meet colleagues on the green — or just explore a fun new hobby. So the organization partnered with Jimmy Clay Golf Course to organize a fun, low-pressure learning environment with real-time golf coaching.

And COVID-19 presented the perfect opportunity: “Part of the impetus for this event was the fact that golf was an activity we could do outside and safely distanced,” said Simmons.

Beginning in October, YWA organized beginner-friendly, small-group golf lessons to members at a low cost. After several months of sold-out Saturdays, 40 women gathered to put their practice into play.

“I’m not sure any of us anticipated how well it would catch on. Many of our members had never touched a golf club before, but are now even forming their own groups to play on the weekends,” Simmons said. 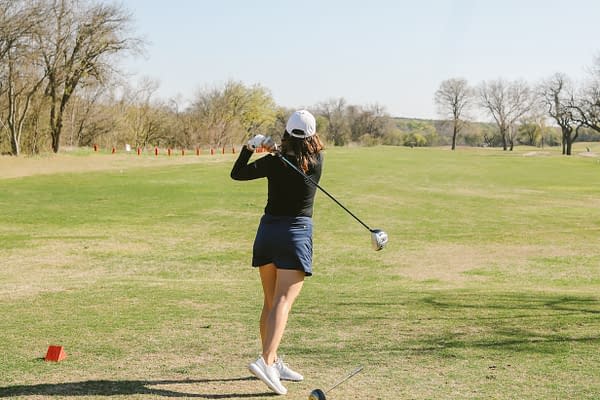 Inclusion on the Green

The results of Archon joining her colleagues on the green were significant.

“On a positive note, it got me included in that realm. Secondly, I noticed as a by-product, they accepted me more. Before, I was just their colleague, but once I was in that space with them, they became more comfortable with me. My colleagues discovered that, despite being a woman or of a different ethnic background, I was really just like them.”

Archon reinforced the need to develop relationships with your colleagues, as you do with your clients.

The Power of Informal Networking

As exhausting as it can be to make a concerted effort to build your network, Archon reminds us how important it is — and why.

“People need to know what you stand for, and what you’re about. And it’s those little things that will help you get a job or win a deal,” she said.

“As you look at your career and how you can progress or achieve your goals, networking — formally and informally — should be a part of your plan.”

Thank You to our Sponsors

A huge thank you to Baby Greens for the lunch spread, and to Lariat Springs and SOAL Home Health for supporting our day.

About the Young Women’s Alliance

Established in 1993, the Young Women’s Alliance is a 501(c)(3) nonprofit young professionals organization who’s mission is to build a community that supports, empowers and connects women. Activities are supported in part by the YWA Future Women Leaders Fund, which aims to advance young women’s careers through leadership and professional development, create meaningful mentorship and networking connections, nurture young philanthropists, and empower young women from underrepresented communities to become the next generation of women leaders.

Victoria Fryer
Previous post New Year, New Look: YWA Enters 2021 With a Refreshed Logo, Visual Identity Next post The History of YWA: Why We Started and How We’ve Grown