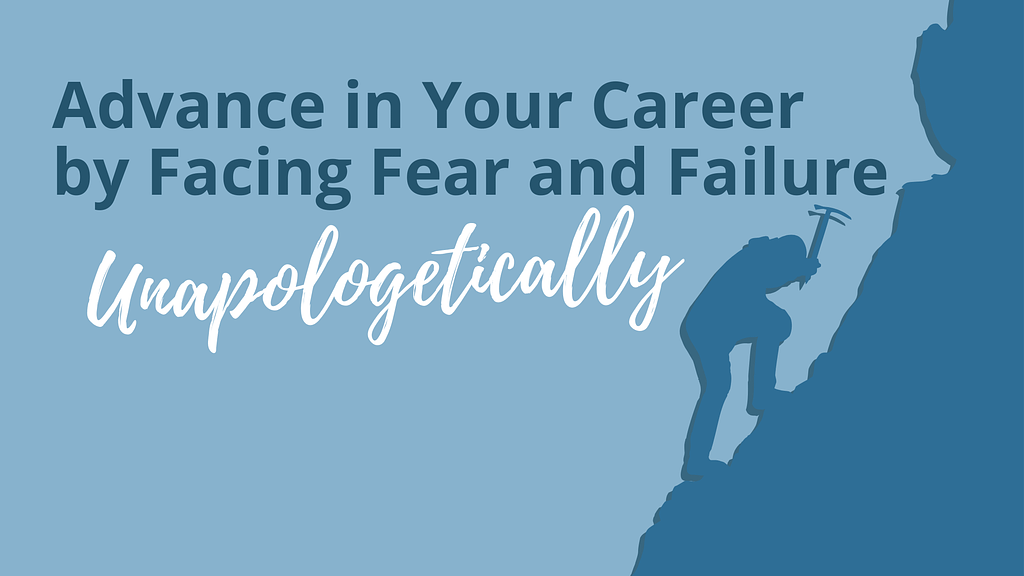 Tina Cannon on Advancing through Failure

Tina Cannon is one badass woman. She’s brave, assertive, and fun. She is powerful, and unapologetically herself. She’s unafraid of failure. She stands up for what she believes in. And she has the resume to prove it. A lifelong entrepreneur-turned-public servant, Tina once spent her days building her own successful businesses. Today, she runs the Austin LGBT Chamber of Commerce, helping others in the Austin business community realize their own successes.

Tina joined us for our October Speaker Series, and she did not disappoint! Here are some highlights from what she shared that evening.

Yes, failing is hard for all of us. It can be especially hard for women. But what we have to remember is that failure is a learning experience. It’s how you know it’s time to change what you’re doing; how you know what route won’t work. There’s no chance of success without some possibility of failure.

The fear of failure can show up in a lot of ways. It can be low self-esteem, or perfectionism. It can be procrastination, or silence. Failure itself, though, is inevitable. We will all face it throughout our lives, in small ways and in much bigger ways too.

As an entrepreneur, Tina has ‘failed’ at a lot of things. As she says, when something seems like it truly isn’t working, pull the plug early. Pull yourself together, learn from it, and move on. You’ve already done much more than others by simply trying. It’s best to look on the bright side: think of the knowledge and experience you’ve gained!

“I learned to play golf not because I loved it, but because that’s where the deals were made.”

An entrepreneur for many years, Tina recognized early on that in order to get ahead, she had to build relationships with important people, like CEOs – who were usually men. And how does one get into that personal conversation with so many of these people? By doing what they do. So she learned to play golf. It wasn’t what she was interested in, but it helped her with what she did love – building businesses that solved problems.

Is it sexist to ignore you because you don’t have anything to say about yesterday’s game? Sure, but in a male-dominated area, such things are often still the case. Tricks like this can help get you in the door, help you to interject yourself where you may otherwise have a difficult time being noticed. Once you’re there, though, claim your space, woman! You have to be your own advocate and demonstrate your value.

Nearly everyone attending the Speaker Series that night had some experience of casual sexism in their workplace, past or present. From the men who repeat your ideas (only louder) and take credit for them; to the ones who apologize for using words around you that they use so casually with men in the office; to managers or clients assuming that the guys on your team have more expertise than you do.

Tina’s advice on dealing with these “minor” issues and still advancing professionally? It boils down to believing in yourself and claiming the space that you deserve. Don’t apologize for who you are, don’t let others rush you or speak over you, and don’t forget to be bold! You know what you’re doing – and chances are, you’re more right than you think.

So how does one go from working in tech, starting businesses, to running for local politics, to becoming president of the Chamber of Commerce? The path isn’t as indirect as it first sounds.

Besides that, there’s the fact that to run any business, you need to learn and follow regulations, policies, and laws. You know – things decided by politics. Eventually, she was talking to a friend about broken things within the political system. During the conversation, they realized: politics are broken. Broken things are problems that need solutions. Who better than an entrepreneur to create those solutions?

Politics are broken. Who better than an entrepreneur to create solutions?

Without considering too long, Tina filed to run for her first seat in office, and has been in politics ever since. She didn’t win this election – though she came close. This ‘failure’ was the turning point that brought her to where she is today.

Now in the Chamber of Commerce, she’s running an organization that works for the people of Austin, using her expertise in business to help other business owners, and her experience in politics to help advocate for policy that will benefit them as well.

For those who aren’t familiar, a chamber of commerce is a type of business network which operates under the mission of furthering the interests of local businesses and entrepreneurs. Chambers provide educational resources, connections, and publicity tools to businesses. They also engage with public officials to advocate for policy that will support these businesses and the individuals that comprise them.

The Austin LGBT Chamber is the largest in Texas, and has existed since 1997. They focus on business issues and provide services just like the Austin Chamber, but “through a rainbow-colored lens.” In their representation of the LGBT business community they support, among many other things, implementation of LGBT-inclusive policies, and distribution of LGBT economic impact data and workforce leadership. With her background in business and entrepreneurship, Tina Cannon is perfect for the role, which allows her to share her expertise, but also her empathy.

Organizations like this are so important, especially for groups like the LGBT community that are still marginalized and discriminated against in many ways. It’s leaders like Tina that make them so successful, and the city of Austin is lucky to have her in the Chamber. Helping other business-people do well is, after all, what she does best.

The moral of the story is that you can get to where you want to be – and be true to yourself while you do it. Forget the fear of failing and remember that if you do fail, you’ll have passed one more stepping stone to success. Let go of the fear of being different, or ‘too much,’ and embrace the excitement of bringing your unique qualities to the table. And shed the fear of being seen, to give yourself permission to step up – whatever that means for you.

Wish you were there to hear from Tina Cannon live? Don’t miss out on the experience with upcoming speakers. YWA holds a Speaker Series event each month – to register for upcoming events, visit the Events section of the Member Portal!